Olympic competitors are some of the most talented and well-trained athletes in the world, so it’s no surprise that many of them were successful high school student-athletes. Several former UIL State champions made waves representing Team USA during the 2016 Rio Olympics. Several even medaled at the games.

The following is a rundown of how former UIL state medal winners fared at the 2016 Olympic Games:

Camille Adams, Houston Cypress Woods HS: Adams was the fastest swimmer in the Conference 5A 500-yard freestyle event, winning gold at the 2010 UIL Swimming and Diving State Championships. At Rio she placed fourth in the 200-meter butterfly finals, only .7 seconds from a spot on the medal stand. 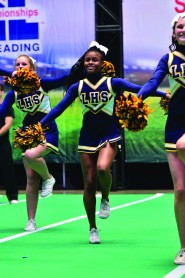 UIL is the first state to hold a “Game-Day” style state competition where squads are given game scenarios and expected to choose and perform the right cheer for the scenario.
Photo by Photo courtesy of Action Moments

350 schools. 4,000 students. Bigger than the UIL State Track Meet, and one of the biggest  UIL events so far. And it wasn’t just the size of the event — no meet could match the amount of school spirit at the inaugural UIL State Spirit Pilot this past spring.

Peter Contreras retired at the end of September after working at the League for more than two and a half decades.
Photo by First Photo Texas

As the Team Tennis district season comes to close, I would like to take this time to go over some house cleaning and postseason information.
If you haven’t notice, there is a new Constitution and Contest Rule change in match scoring for Team Tennis. The scoring system will be “No Advantage-Scoring”, best 2 out-of-3 set matches with a 12-point tiebreaker at "six games all" in the first two sets. Here is the new rule: If a third set is necessary, it will be played as a ten-point match tie break in lieu of the third set. This will add to the pressure and excitement for the third set.
There was also a Constitution and Contest Rule change at the area tournament. If an area tournament is being held there is an exception, by mutual consent, that allows teams to exclude the area championship and/or third place matches.

NUMBER OF MATCHES AND TOURNAMENTS
No student or team representing a participant school shall participate in more than seven tournaments (total for tennis and team tennis combined) during the school year, excluding one district tennis tournament, the regional tournaments and the state tournament. Note: The team tennis district tournament counts as one of the seven allowable tournaments if school time is lost. Each tournament a school team enters counts as one tournament for the team and one tournament for each participating individual. Students are considered to be representing their school if they are wearing and/or using school equipment or being directed or transported by a school employee. Exceptions. Tournaments, which are limited to three or fewer schools, do not count, as a tournament for teams or participants, provided there is no loss of school time. Also, if no more than four teams meet to play predetermined opponent(s), it shall not be counted as one of the seven tournaments allowed the team or the individual if no school time is lost and if no tournament draw is set to determine a champion. 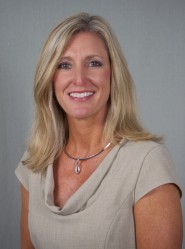 Dr. Susan Elza has been hired as the University Interscholastic League Director of Athletics the League announced Monday.

Elza, who was previously Executive Director of Athletics at Northwest Independent School District, began in August and will oversee the UIL athletic department and administer athletic activities for member schools. Elza fills the position recently vacated by Dr. Mark Cousins, who moved into a new role as UIL Director of Compliance, Eligibility and Education on July 1.

“It is a tremendous honor to be hired as the Director of Athletics of the University Interscholastic League,” Elza said. “I am grateful for the vote of confidence to lead an athletic program that is known as one of the best in the nation. I am dedicated to contributing to help shape the future of this organization so that we can better serve the schools and athletes of the state of Texas.”

The cross country season has ended, and it feels like we just got started.  This year was a tremendous success for the championship season, and I wanted to follow-up with a re-cap of one of the most well-attended state cross country meets in UIL history since 1996 at Old Settler Park in Round Rock.

State Meet
The state meet was more popular among spectators than ever before with the large growth of popularity for spectating the sport, fantastic weather and the addition of a conference and new qualifying format. For the first time, the cross country advancement from the regional meet included four qualifying teams and the top 10 individuals (not on a qualifying team) accounted for the increased numbers per race.  It was also the first year for the new cross country alignment that created two more races than previous years with boys’ and girls’ conference races in 1A-6A.

Athletic Director Dr. Mark Cousins is experiencing this firsthand. He and his staff launched a new and improved online Rules Compliance Program system this summer, and while the move will be much better for coaches and administrators in the long run, it doesn’t change the fact that a new system needs an adjustment period.

To his staff who is fielding hundreds of calls and emails from coaches and administrators needing assistance, Cousins describes the new RCP system like this: “It’s short-term pain for long-term gain.”

1949 Outstanding Player to be Honored at State Baseball Championship 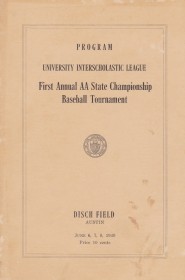 “We are going to share his many accomplishments before the crowd,” Beasley said. “Mr. Leach had a pretty amazing life in baseball both during the state tournament and after graduating from Denison High School.”

During the 1949 state tournament, Leach, a 16-year-old left-handed pitched, shut down Marshall High School with 21 strikes outs and a 10-inning no-hitter. Leach’s team won the game 1-0.