After being a pilot contest for two years, the UIL State Mariachi contest will be an official UIL State competition beginning in the 2018-2019 school year if approved by the Commissioner of Education. The UIL Legislative Council approved the contest at its meeting on Oct. 16.

“UIL began a category for mariachi in 2007, but up until 2015-2016 the event was only held on the region level,” Music Director Dr. Brad Kent said. “Because of the growth and development of this activity in our schools we felt like the time was right to expand to a state level event.”

Kent says the contest is unique compared to other UIL music contests. 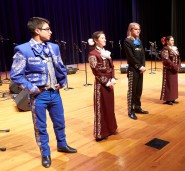 This past spring the UIL Music Department brought together students from across the state to celebrate the rich history and culture of Mexico through the UIL State Mariachi competition.

“In 2007, UIL began offering mariachi as a medium ensemble on the region level, but there was no advancement to a state event,” Director of Music Dr. Brad Kent said. “We felt like the next step was to create a state event to help continue the growth and development of mariachi programs in our schools.” 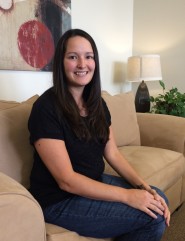 “Home is where you want to stay longer,” and for recent UIL hire Rebecca Kinz, this statement rings true. After senior music administrative associate Patty Esfandiari retired this winter, Kinz stepped in as a UIL employee for a second time.

“I have always dreamed about working back at UIL again,” Kinz said. “I worked with Patty when I was an intern for the music department my last year in college.”

Before returning to the League, Kinz was the performance librarian for the Butler School of Music at The University of Texas. 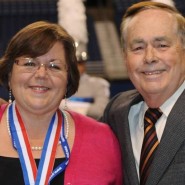 Former UIL Music Director Richard Floyd said she was the “perfect example of the motto” as the administration associate in UIL.

“Her cheerful voice and caring demeanor will cheer you up immediately,” Floyd said. “She was and is a wonderful musician and it was immediately evident that she could relate with the music educators we serve.”

In December after almost two decades of working for UIL, Esfandiari retired.

This is a phrase we often hear when we are encouraged to be uninhibited and to express ourselves.  But why do we need this reminder?  I am often inspired when I see my daughters “dance like nobody’s watching” or do anything “like nobody’s watching.”  They have not yet acquired the learned behavior of fearing someone else’s judgment.  Therefore, they typically “perform” their best.

At some point we adults learn this element of fear that inhibits us from doing our best.  Human beings can be very judgmental by nature, so as we get older, this fear becomes firmly baked into our psyche.  Sometimes we are on the giving end of it, and sometimes we are on the receiving end of it. But most agree that when not handled properly this fear becomes a roadblock to achieving maximum results in performance.  Yes, we cannot do our best without a defined system of preparation, but we can maximize our performance potential in the moment by letting go of fear.  For instance, the performer must know that in order to achieve nirvana in a performance he or she must truly let go of any concerns and know that those concerns serve only to inhibit the performance.

Floyd is a recipient of the National Band Association’s 2013 Academy of Wind and Percussion Arts Award (AWAPA). The nine-inch silver AWAPA award is considered to be the “Oscar” of the band world.

"Knowing personally many of the musical icons who have received the AWAPA Award in the past, I will have to say that I was emotionally stunned to learn I had been so honored,” Floyd said. “I have never considered what I do to be 'award worthy.’ I simply have tried every day to be a ‘positive force’ in the professional world in which I live and work.  My goal remains to make the best music I know how and to make a difference in the lives of the students and colleagues around me."

UIL music history was made this year at the State Marching Band Contest when the Leander Independent School District became the first Texas school district to take the top three spots in the 4A division.

“This accomplishment would not have been possible until about 12 years ago because UIL marching band advancement procedures did not allow for more than two bands from any Area Marching Contest to advance to State ” Dr. Bradley Kent, UIL music director, said.

The New 6A Conference and Music

How will the new 6A conference alignment impact music?  I thought it might be helpful to issue some basic information to address questions that may arise relating to this change.