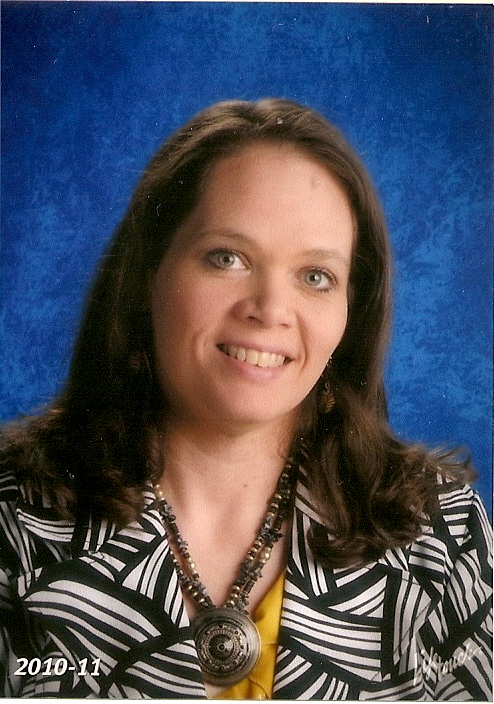 Tips for the Introduction of Computers into Extemp

(This is the first in a series of columns introducing computers into the Extemporaneous Speaking contests.)

Alan Cohen, author of “Chicken Soup for the Soul,” wrote, "It takes a lot of courage to release the familiar and seemingly secure, to embrace the new. But there is no real security in what is no longer meaningful. There is more security in the adventurous and exciting, for in movement there is life, and in change there is power."

Nowhere is this truer than in the educational community, where we are often guilty of doing something just because that's the way it has always been done. However, the University Interscholastic League community has never hesitated to embrace change when it is in the best interests of our students. The time has now come to make a change in extemporaneous speaking that will certainly benefit students.

When I began coaching extemporaneous speaking in 1992, my school had four subscriptions: US News and World Report, Time, Newsweek and the Dallas Morning News. We wiped black newsprint from our fingers as we filed the clipped articles into manila folders full of other oddly shaped news articles that were constantly falling out of the files and getting lost.

Within a couple of years, the availability of online newspapers and magazines increased and leveled the playing field. Now, virtually any school can access the most powerful of sources for tubs, limited only by their school's funding of paper and printer ink. Because the cost of a simple netbook has fallen to less than $300, many schools have several laptops available to their students for use in debate; in addition, students own their own laptops or tablet computers.

In today's world, it is more likely for a student to use the Internet than to visit a library. According to B.A. Gregg, the director of forensics at Randolph Macon Academy in Virginia, "We are not teaching our students how to be file clerks, but how to access digital information quickly, effectively and carefully." Meanwhile, we have continued to ask our competitors in extemporaneous speaking to serve as file clerks for the articles that they will use to prepare their speeches.

With these things in mind, the UIL made the decision to allow the use of electronic retrieval devices in the extemporaneous speaking contest beginning with the 2011-2012 school year. The Extemporaneous Speaking State Advisory Committee met in Austin in mid-July for two days of lively debate, during which the committee designed the rules for the use of these devices to ensure that they are used appropriately and fairly.
Keep in mind that the UIL is in no way attempting to discourage or prevent students from electing to continue their use of traditional paper files. Schools should use what is within their means and that with which they feel most effective. However, schools should also weigh the benefits of the use of electronic retrieval devices for the extemporaneous speaking contest.

And of course, none of these devices may be connected to the Internet in any form, either wired or wireless. Because of this rule, cell phones and smart phones continue to be prohibited in the prep room. Contestants may share computers during the preparation period but should not talk to other contestants.

Also, it is very important to remember that it is the responsibility of the contestants to ensure that their wireless connections are disabled or unplugged before the contest begins. The use of internet is prohibited in the preparation room from the time the first speaker draws until the time the last speaker leaves for his or her contest room, meaning speakers are not allowed to access the Internet even before they have drawn their topic. All devices must be muted during the contest, and contestants may not play games before or after they draw their topic.

It is vital that coaches and contestants understand that the devices may only be used to retrieve stored files; any preparation of speeches must be done with paper and pen. Finally, remember that UIL guidelines preventing students from leaving the preparation room with anything other than a 3X5 note card still apply. Once students have completed their speeches, they may return to the prep room to retrieve their computers.


Source Material
Allowing the use of electronic retrieval devices has not altered in any way the guidelines governing the use of source materials. Please refer to the constitution or the extemporaneous speaking handbook for specific information on what kinds of articles are allowed in the preparation room. Coaches and contestants should become aware of a few computer-specific notes regarding source materials.

First, no modifications to an article are allowed. The first instinct might be to create a word file that contains all the articles you can find on a particular issue, and this would be a violation of the rules, which state, "There shall be no modification. Each document shall be a single, complete source in and of itself. Indexing without notation is allowed." Therefore, contestants should save each individual article in a separate file, whether you are saving as a text file, a pdf, or a web archive file. It is permissible to modify the file with index information, such as by writing "AFRICA" at the top, but it would not be allowable to write "AFRICA - good article about political strife."  The first example would be indexing; the second would be annotation. Annotations are prohibited. It is also important to ensure that each file that is saved has appropriate citation information on the article: URL or copyright information is the best way to prove that the article is complete, legitimate and unmodified.

Second, highlighting is permissible in an electronic file just as it would be with a hard copy, using only one color per article. However, whereas a contestant would be allowed to underline a hard copy, it is not permissible to underline in an electronic file, because it would then become impossible to differentiate between what was underlined in the original article and what the contestant underlined. Italicizing, bolding, or any other manipulation of the original article is not allowed.

Third, pre-written extemp speeches or any kind of handbook, briefs, or outlines are not allowed on the device being used to research for the speech. This rule will particularly affect the contestant who is using the same device for debate and extemp. Students will need to take great care to store extemp files and debate files on separate devices. This does not mean contestants would need separate computers for debate and extemp. It simply means that all debate files would need to be stored on a separate removable device such as a flash drive. Since debate materials are not allowed in the prep room in hard copy, they would not be allowed in the prep room in electronic copy either.

Finally, the use of electronic devices could potentially open the field to audio, video and other types of active files. These kinds of files are not allowed during the preparation period.

Logistics
Perhaps one of the biggest concerns contemplating whether to allow computers in extemporaneous speaking was regarding logistical problems such as power source, equipment failure and security. These are clearly legitimate concerns and had to be addressed.

A major concern for coaches and contestants is the power source for their computers. The guidelines stress: All electronic devices in the preparation room must be battery operated at all times. This includes before, during, between and after rounds. Contestants may, of course, utilize plugs in other areas of the school to charge computers between rounds but may never plug in a computer in the preparation area. It is not the responsibility of the host school to provide outlets for competitors.

Another concern for competitors is equipment failure, and this is certainly a valid concern. Back-up batteries and multiple computers are strongly suggested, as contestants who experience equipment problems will not be given extra time to prepare or any other special considerations or accommodations. Prepare for the worst-case scenario.

A final concern for coaches and contestants is security. Steps should be taken to ensure the security of their devices. It is not the responsibility of the UIL or the host school to monitor computers that have been left unattended in the preparation room or other areas. Coaches and contestants should investigate the various locking devices available to protect computers against theft, as well as taking practical precautions.

The biggest change in this area will involve the number of contest officials present in the preparation room and the instructions given to those contest officials. Host schools should plan for extra personnel to monitor contestants. These monitors should plan to walk among contestants engaging in the kind of "active monitoring" that we have all become acquainted with during TAKS testing.

Contest officials should immediately refer any problems to the contest director, who has the unfortunate task of disqualifying students who violate rules. Remember, however, not all violations of the rules are grounds for immediate disqualification. Contest officials should be guided by the rules but also by prudence and a desire to do what is best for the competitors and the contest.

Perhaps the best advice that can be given is to read and become familiar with the guidelines governing UIL Speech. A thorough understanding of The UIL Constitution and Contest Rules, the UIL Spring Meet Manual, the full Guidelines for the use of Electronic Retrieval Devices in Extemporaneous Speaking, and the Extemporaneous Speaking Manual will best serve to advise coaches and contestants as to the appropriate implementation of electronic retrieval devices.

I wish you the best of luck weighing the pros and cons of computer use for your squad. Whether you determine that continuing to use the traditional paper filing system that has worked for decades is best for your students or decide that you're ready to embrace a new challenge, I applaud you for the dedication that you show to the students of Texas and wish for you a pleasant and successful 2011-2012 contest season.