The 82nd annual meeting of the Legislative Council of the University Interscholastic League will be held on Sunday and Monday, October 16 & 17, 2022 at the Sheraton Austin Georgetown. The Sunday Public Forum and Monday General Session will be live streamed here courtesy of the NFHS Network. 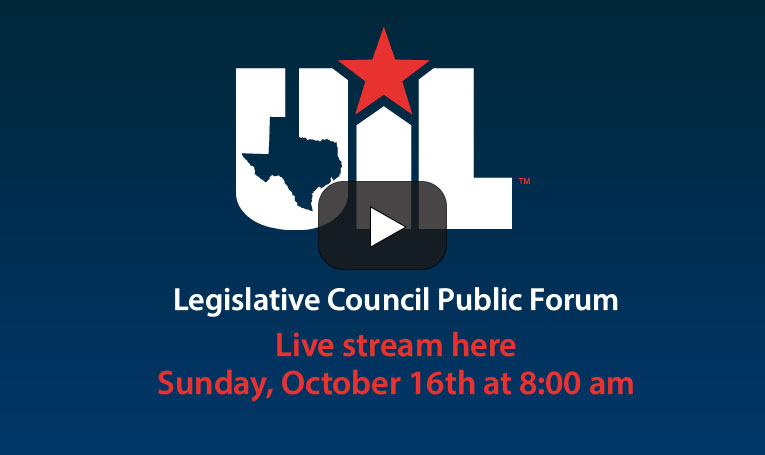 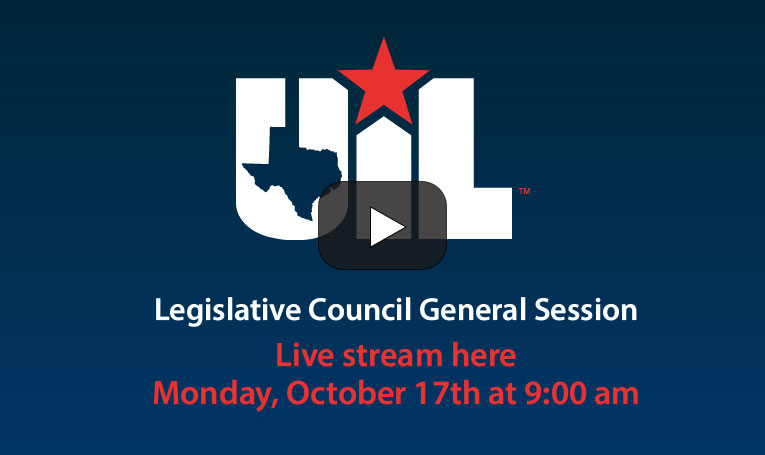 The June UIL Legislative Council meeting will be held at the Austin Marriott North in Round Rock. The Public Forum and afternoon General Session will be live streamed courtesy of NFHS. 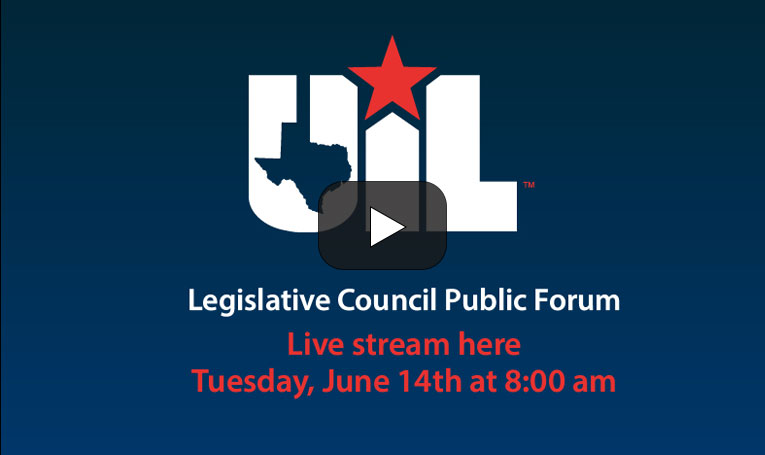 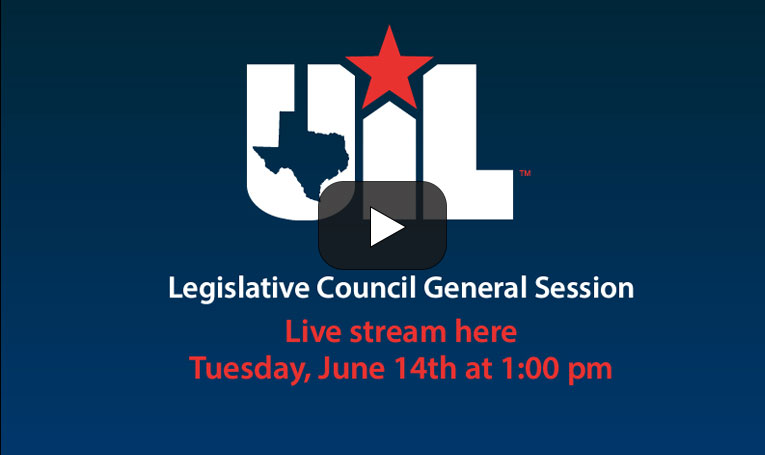 The Legislative Council is the rule-making body composed of 32 public school administrators. Twenty-six are elected by school superintendents, with a representative chosen from each of the six conferences in each of the four geographical regions of the state. The chair of the Council appoints eight members from larger schools, to ensure a more balanced representation of students ethnic populations and women. The Council acts on many proposed amendments. An affirmative vote by a majority of superintendents is required to change an eligibility rule or to make a major change in UIL policy. Rules approved by the Council or by vote of member schools require further approval of the Commissioner of Education before they are implemented.